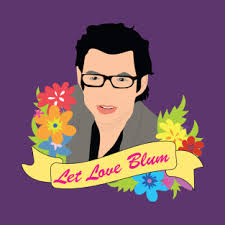 The kids have had run ins with bullies a few times. Evan and I did not know how else to handle this besides talking openly about how horribly we were bullied as kids, and how we turned to music to escape it. Both Evan and I said, walkmans and headphones kept us sane. Both Evan and I credited Metallica for getting us through. I talked about journaling and how I learned now that I’m a big kid to actually be really sad for bullies. These are people so deeply unhappy, they think spreading misery makes them feel better.

When they were younger, they loved and resonated with the mean bug mindfulness video on cosmic kids, and I incorporated it in everything. When the kids get grumpy or whatever, if they’re running their mouths, I hold up my hands and say “whooaaa I don’t want your mean bug, you go handle that yourself”

With bullies, I said all you can tell yourself is “they have a mean bug, and that’s their problem – not mine”

At Catholic school, the kids were all getting bullied by one boy on the bus. After we talked, We let the kids get it all out, we listened to them…we informed the principal there was a problem, we made sure the kids knew they were heard and we cared… Zacky went ahead and made friends with the bully. He told him he would share his kindle only “if you’re nice to me and my brother and my sister” they’re all still friends and play even though they’re not on the bus.

Olivia has been having problems with two girls. One outright bullies her, one is that clique type girl that can only have one friend at a time and is nasty to the friend on the out. Sound familiar?

Olivia told the bully she would promote her on tiktok to get more likes. They make videos together on tiktok and are “becoming best friends” “our videos are so funny!” “She didn’t know we liked all the same stuff” “she loves the music I love too!”

The clique friend is now getting a taste of her own medicine from one of their mutual friends. Olivia goes “I know it was mean when she did it to me, but it hurt me so bad I don’t want anyone to feel sad like that. I’ve been trying to be nice to her and make her feel better because nobody should feel sad like that”

Tyler had a bully too. He rides bikes with him sometimes now too.

Teaching them teaches me. When they were getting upset about their hair being teased or whatever it was, I kept asking, “do you agree? Or do you like your hair” The answer is always they liked whatever they’re getting teased for.

Always, I respond: “then why do you care what someone else thinks? Let them think whatever they want. It has nothing to do with you anyway.”

The last thing I want is them wasting time on opinions or acceptance. I don’t even want them trying for mine. When they do something good or whatever, “I am so proud of you, you worked so hard to do xyz, but what I think doesn’t matter. I hope you are proud of yourself.”

Tyler fell off the horse the first time he rode. He got right back on. I knew for his first lesson I couldn’t be there, he needed to do it alone or he would be more nervous having someone watching him. He was crying, “I fell off. I’m not good at this.” I started asking him what he did right. His whole demeanor changed as he pointed out to himself the things he did versus did not. Evan stepped in and reminded him how many times he’s fallen off his bike. How scared he was riding before, and now he is learning jumps…I told him how proud I was for getting back on. Who cares if you fall? We all fall. It’s getting up that makes us savage.

Ultimately, he was grinning and saying it was an emergency dismount. He started bragging, but most importantly, I heard him say the only words I care about: “I am so proud of myself. I never thought I could do that.”

If I raise them to be largely unaffected by the opinions of others, and to find acceptance and love of self before the world wears their inherent wisdom away…. they will embody unstoppable.

And now they all love Plot Thickens, and I know they feel exactly why I love it. The kids are watching me, and all I want to do is make them proud, cause I’m already proud of me. How can I not be? Look at my life.

I’m nothing but a plow, clearing the way for them to change the world.

I wonder how different the world could be if more adults were as smart as my kids. Color me proud…what did I do to deserve them? I could ponder a life of gratitude to have the privilege to be the hand leading them in this madness.