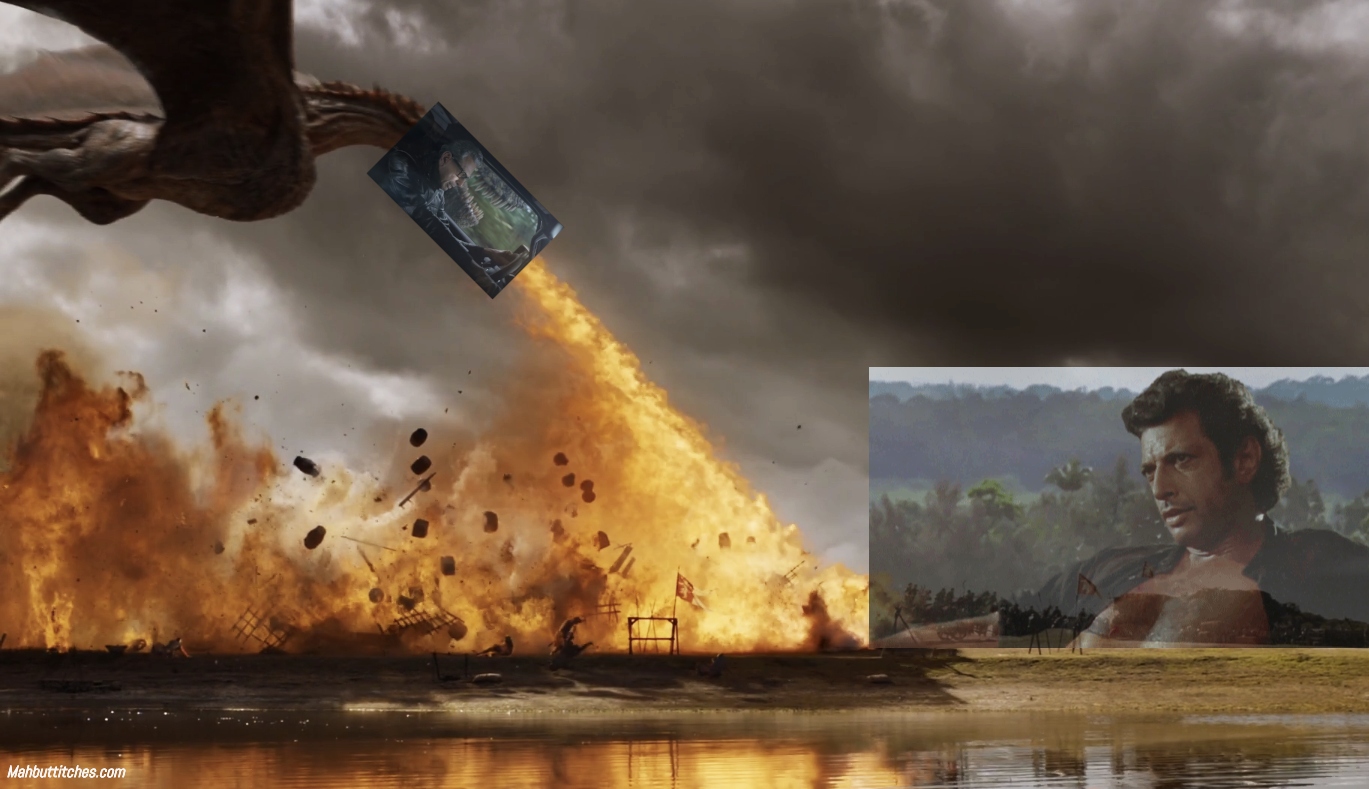 Clearly it is a spoiler, you twat

Yeah, I said it. I hope I speak for all of us GoT fans who have a Giant Ginger crush on one Mr. Tormund Giantsbane.

You broke his giant-teat sucking heart, and I for one will not sit idly by, silently watching the wildling of my dreams be crushed by your 1-pawed lion crush.

And then there’s the rest of us. 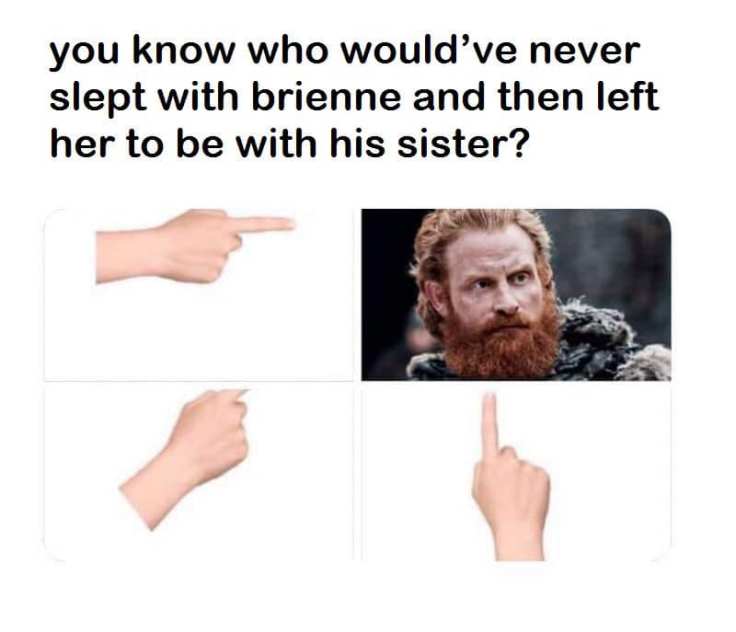 Probably women. Likely metalheads or have a Viking thing or both.

And our hearts beat to a different drum. That drum has a big ass horn full of whatever the fuck, is the funniest fucker on the show, and is way better than Brienne deserved. Not to mention hot. The man is hot, goddamit. He doesn’t need that ho. She’s all tripping balls about Jamie

But Brienne is still a giant heartbreaking ho, and I do not approve.

Further, I think there is a larger issue in media and culture as a whole:

For Christ’s sake, we have an aunt fucking her nephew, is it THAT much to ask for Brienne to be the bane of Tormund’s giant? Jamie pushed a kid out of a window because he was spotted playing an entirely different form of hide and seek with his sister….Is this sort of scenario really that unheard of here? On Game of Thrones of all shows?!?!?!!?!?!?! Brienne could have knighted him in an entirely different way. She could have ridden him like Jon rode the fucking dragon…. or the other way around!!! SHE could have been his king!! We all know he would have bent the knee to serve entirely different purposes!!

Is it THAT much to ask for some full frontal ginger nudity? I have hung in with this shit for so long, and here I thought things were gearing up for some banging ass 3 some of Knight, Knight, Wildling. But no, no. Pick the guy that makes you cry, Brienne. Way to be a typical girl. Oh shut up, I’m right and I know it. It’s not victim shaming if we all know it’s true.

You knew he would break your heart. He’s a heart breaker. You know his heart belongs to Cersei. Those golden locks can only blind you for so long m’lady. He bangs his sister. You got nothing on blood, girl. Nothing. Once you’ve had your sister, no lady can best ‘er. (I don’t speak from experience.)

I mean, isn’t it all about unrequited love, really? So many people just want the ones that don’t love them back.  She’ll never have a love like that Wildling love.  We all know this. Those southerners are all incest and missionary. She could have taken a chance. A walk on the wild side. She didn’t have to live up to the typecast, she didn’t have to go for the heartbreaker.

What I’m saying is:

I get that a lot of us ladies deeply resonate with Brienne, we wanted her and Jamie to bang. We wanted the shitty douche canoe to change, and fuck her, and they live all happily ever after in Winterfell. But this is Game of Thrones, and it is JUST LIKE real life. The douche canoe is always going to be the douche canoe. There are a few episodes left, maybe Brienne renews my faith in her. Or love.

I’m just saying, all of us ladies need to take Brienne sobbing her tears, knighted and strong though she may be, as another much needed reminder to stop chasing the pretty boy who is in love with his sister, and love ourselves enough to say fuck you Jamie, I don’t need your incestual ways. I pick me. I pick my happiness. I pick that big fucking ginger motherfucker there to make my back teeth slam together so hard, the battle of Winterfell feels just like the night I lost my virginity – not good, not nearly long enough, and I stabbed blue-eyed fuckers who were trying to hurt me. (oh burn, bitch)

But let me be clear: she shoulda banged both.  I do not like duality. Every time you put a vs. in something, you are merely bringing your own internal conflict into reality. I don’t have any problems with Brienne fucking Jamie, and Tormund, AND Cersei for that matter. Do it girl. Do you. Get your freak on. You are a goddamn knight, woman. Act like one, and stop fucking crying about Jamie and go suck Tormund’s giant teat – but by teat, I mean penis. You’ll be stronger for it, and we all know it.

One thought on “Fuck You, Brienne”