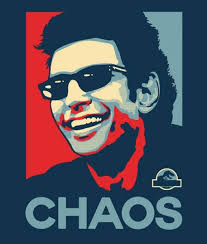 In light of the current shit-storm that is all things Trump, I’d be remiss if I didn’t avail myself the opportunity to say Deep Throat a lot.

While there is a part of me deeply saddened to see the US fall victim to the laughingstock of our own politics, there is another part of me deeply gladdened to see corruption blatantly in the limelight.  I was glad when Trump got elected, because it felt proper for an uninformed and apathetic electorate to insert their respective feet in their respective mouths (deeply…in their throats…)

The election of Trump signified the problems in voting purely along party lines, voter apathy, and also our country’s highest position is for sale.  As celebrities told everyone to “do their civic duty” and press a button, everyone seemed to miss the mark of both – actually voting, not putting hashtags on Facebook, and actually knowing who and why you are voting.   The election brought out the worst in pretty much everyone.

Now, Trump Jr. releases emails about meeting with Russians, Trump blames Obama for his shitty laws allowing him to break the law (#ThanksObama), and everyone generally looks around saying “Is this real?”  Is Jr. Deep Throat-ing himself? What is a clever name that ends in -Gate? Twitter-gate? I prefer Twatter-gate©®™ All the while, his father writes his own statement behind closed doors and may or may not be obstructing justice. I hear the cries of Impeachment loudly, but wince at the implications of the runner up who’d be tapped in, should our fearless Cheeto lose the crown.  I mean, seriously, President Pence?

While all the focus is being given on the SCROTUS©®™ or Orang-otus©®™, our governing officials are blatantly giving a middle finger to their constituents with healthcare non-reform reform, net neutrality, and cutting funding to everything.  “What the hell is going on?” seems to be the national attitude, as we’re all having the cock and balls of corruption shoved in our aching orifices.

I’ve ranted before about the broken system, neither party actually representing the people, and so forth, and as I hear over and over “This will get fixed at the mid term elections” I weep.  Yes, super, a bunch of democrats will be voted in, supposedly, and they will supposedly fix it – like they did by offering us probably the only candidate that couldn’t defeat the Donald.  Realistically, the mid terms will be ignored by most people, because POTUS is apparently our only elected official.  (#IVoted #GoVote #blessed)

In truth, we seem to elect corporations disguised as humans.  Insurance companies are raping all of us and we are being led to believe it’s Obamacare, and not Congress’ inability to do anything – including paying the insurance companies as per Obamacare, causing all of us to have higher premiums year on year.  Benefits are getting hacked as costs rise, public services are becoming privatized and raped, and “we the people” do the one thing our founding fathers didn’t want – fear the government.  The Boston Tea Party incited “No taxation without representation” while we are currently represented by a toupee’d orange, a blonde set of teeth (not elected), and a walking marshmallow (also not elected) at the highest levels, and representatives in the pockets of corporations at all others.

In the midst of all the votes to end Obamacare or continue talking about Obamacare, or continue talking about the conversation to repeal or replace or both or neither…ugh.  The investigations continue, and now we have sanctions, and oh, right, tweets regarding military strategy where Trump proves he doesn’t understand what acronyms are…(it’s difficult to support the LGBTQ community by marginalizing them via a tweet.) I could go on for awhile, but I just know I’ll only raise more questions than answers.

I’m not suggesting that I’m going to dig out my bayonet and shotgun, but I just don’t understand why the solution to the problem is repeating the problem.  The system itself is corrupt and not working.  It’s not working because the people are not being represented.  It’s not working because only the wealthy can participate – I don’t have millions of dollars for advertising, campaigns…christ, I’m too cheap to boost my posts on Facebook to reach a wider audience.  (You could share my posts and help me out,  you know…)

I am third party, but third parties can’t seem to do more than offer the most ridiculous assortment of humanity – so far extreme I don’t think anyone can get behind them.  I like to think in truth, Trump is a third party, because I don’t know what the hell he is (besides delusional).  It seems to me the country is ruled in extremes, divided by extremes, and seeks balance at the extremes versus finding the middle, common ground.  It seems people have honestly forgotten the purpose of government inherently, and they prefer to cherry pick the constitution (likely based on the amendments they remember).  Farmers formed and ran our country, farmers fought for our independence against a wealthy monarchy.

My hope in all of this is that the insanity will force the resurrection of discourse, debate, and actually conversing.  It’s easy for me to hop up on this soapbox, rattle off my rantings, etc. However, it is difficult to actually hold these conversations without insults, attacks, and generally poor grammatical rantings.  Maybe all this fake news will give rise to increased skepticism.  If nothing else, I particularly relish the fact that the wisest among us are comedians, and the funniest are politicians.

Government is a mess ~Alan Watts