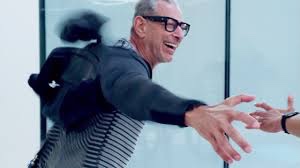 When you think of it, what does it mean? Is it powerful, or loud, or maybe annoying? Is it destructive? Is it creative?

Is there a purpose to the wind? In the chaos and destruction of hurricanes, so much loss can occur. Or if the wind and the right conditions meet, a tornado can destroy more than words can convey. We say businesses, homes, lives, we say it in a weird priority usually. But, is there good in that?

What happens after everything gets ruined? Isn’t there a kind of freedom that comes when everything is lost? Sometimes the things we hold so dear hold us dearly. Sometimes I think we paint gold on the iron chains of excuses. And I think excuse is another word for have to. But that’s another post, I think.

So, to me wind and change is a synonym. Air, swords, and thoughts are associated in the tarot. Jung believed tarot cards were a useful tool to see into the subconscious. We project our meanings into the card, as subliminally influenced by associations we make.

With that in mind, I feel like the things wind evokes would depend on where you live, who you lived with, and how you lived. My husband noted that in NV, we have winds that are considered hurricane force somewhere else. That hit me like a ton of bricks. A windy Tuesday to me, is a hurricane to someone else.

I don’t know what wind means to you, but I’d like to. More than anything, I wonder what we all do with the winds that have been blowing lately. If our thoughts create reality, and our reality is what’s going on right now – there are many experiencing Tuesday’s, hurricanes, tornados, and words I probably don’t have. Maybe, if we talk more about our inner storms, we wouldn’t need destruction to blow the way to freedom.