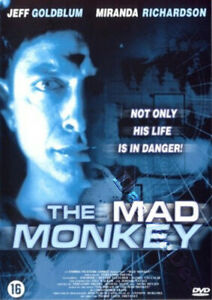 “A monkey took a fish from the river and placed him in a tree. As the fish was gasping for breath and dying, the monkey cheerfully said, “There now! all better! I’ve saved you from drowning. You’re welcome.”

I keep seeing this thing posted that I’m supposed to pick 1 of my friends and family members to die because I don’t follow xyz guideline and I’m killing everyone, or whatever. It’s grossing me out so much. For such “selfless” blah blah people, there’s a lot of selfish godliness going on here. Everything “I’m” being accused of, I can point the finger right back. Life’s funny that way.

First of all: the entire premise is 100% statistically inaccurate, but I’ll just get called nit picky, so fine. Second of all: the other side of that post needs to be, I’ll go ahead and pick friends/family to kill themselves because these guidelines have eroded their mental health or lifestyle to the point that death feels like the best option. “Name them, with the same ease you are offering up or dismissing other people.”

But, I mean, I guess people actually staying alive isn’t freedom, or has something to do with the economy. But, it’s easy to wipe away inherent humanity when they don’t agree with you, black and white and issue, and make proclamations. Woot!

Which population? Most bipolar/depression/etc populations have suicide rates of 10-20% at a baseline…So that’s 1 in 5 off the bat, so in this kind of chaos, I don’t even know what the rates go to, maybe pick 10 people to kill themselves because these guidelines and their mental health aren’t bedfellows. Google covid suicide and you can see. The experts are warning about it just as much as everyone is spreading all the reasons why trying to find your own balance is wrong, and you should do what someone else tells you to do – I mean that’s what all of this boils down to. Keyboard warriors have decided their experts are expert-ier than other experts, and here we are.

It is easy to say what does or does not work for you specifically, but the rising numbers of suicide prove that this is not okay for everyone. Not to mention the number of relapses, overdoses, and so on. These are vulnerable populations too. They are dying in greater numbers than the current Corona death count – per the experts, not just me. I don’t need an expert for common sense, but there are plenty of experts saying there’s a lot of folks dying that don’t need to. No mask, no 6 ft apart keeps these people from going 6 ft under. The virus isn’t the only way people die, and death can’t be prevented. Hasn’t Final Destination taught anyone anything?

You also don’t need a mental health diagnosis to succumb to despair. Gamblers, after losing everything, have chosen suicide. People killed themselves in large numbers during The Great Depression after their life’s work was destroyed. But that doesn’t matter, does it? Because these problems don’t get a vaccine. Suicide is just a “selfish cowardly way out” until it hits home. Then it’s “What could we have done?”

What could we have done? How can we stop the spread of despair? What causes despair? Despair is when choice is taken away from you. Choice is our innate power, our greatest power, our very life force goes into every choice we make. To feel as though one’s choices have been taken away leads to despair. Regardless of beliefs or fears around the virus, life has a 100% mortality rate. Is it our God-given right and duty to choose?

Or how about Mee-maw? She is currently locked in a nursing home. Nobody asked her what she wanted, they just told her “for her own good” she needs to be locked up here, she can see her family members through a window (maybe), and she will be safer. Mee-maw was on her way out, and her chances of surviving an infection are pretty low. But no one asked her how she wants to spend her time, and if she were to die, how would she want to spend her last few days. She’s much safer missing her family, feeling isolated, scared, and confused while her immunity erodes further from these new stresses. Mee-maw passes too, another death of despair. All she really wanted was to hug her kids and grandkids before she went, but that wasn’t safe.

Who gets to decide for these people? Why does one population suffer in the name of protecting other populations? Did these vulnerable and protected populations get a say in how they wanted to be protected? If it is about protecting the vulnerable, why are covid positive patients going into nursing homes by mandate?

When did collateral damage become part and parcel of safety?

There are a lot of monkeys putting a lot of fish in trees right now, and they’re dying from the best of intentions.