The man who changed my life’s birthday is celebrated today.  He holds the title of “one of the only men who actually make sense to me” (#whyIamsingle)

I could write for thousands of words about what the Buddha has taught me, but in reality, I’d be wasting everyone’s time.  The Buddha would tell you to learn it for yourself.  I don’t listen to anyone, anyway, and I love the fact that my path towards Buddhism is one that incorporates tons of perspectives and beliefs.  My favorite Nietzsche quote describes my path the best, and I think the Buddha would have loved this too:

“Nobody can build the bridge for you to walk across the river of life, no one but you yourself alone. There are, to be sure, countless paths and bridges and demi-gods which would carry you across this river; but only at the cost of yourself; you would pawn yourself and lose. There is in the world only one way, on which nobody can go, except you: where does it lead? Do not ask, go along with it.” ~Friedrich Nietzsche

Putting my personal philosophy aside, Buddha’s birthday compels me to write about an actual worldly issue.  I tend to stay out of this type of stuff, because I feel like everyone writes about it, and I get it, Trump sucks.  Furthermore, I avoid the news like the plague anyway because it absolutely depresses the shit out of me/makes me anxious about everything.

Did you know the Dalai Lama may not re-incarnate? I’ll admit, until really beginning my study of Buddhism, I knew the Dalai Lama as “a cool dude in India who says a lot of smart stuff that I like”.  I doubt I am different from most people on that assessment.  For one, I thought he practiced Hinduism or some sect of Buddhism/Hinduism because he lived in India.  Hell at that time, I thought Buddhism was a religion (it’s not, it is a philosophy), and I was largely clueless.

Free Tibet was very popular for awhile, and I knew about it because Eddie Vedder is insanely hot and talented.  I did not, however, understand the big picture.  I hope I don’t piss anyone off, actually I don’t care, what is happening right now in China/Tibetan Buddhists with the Dalai Lama is akin to a modern day Crucifixion of Christ.  The Dalai Lama is in India because the Chinese government want to kill him.  His image and name are banned in China.  So, ya know, a government is changing how a religion operates, and trying to kill the leader…like Jesus.  I don’t think it’s a stretch.  It’s kind of weird, though, that no one really knows about it.

John Oliver describes the reality of the situation better than I ever could, so here watch this:

So, essentially, the Dalai Lama may not reincarnate because there is a potential for a false/government issued spiritual leader.  As people in America complain about an toupee’d orange, Tibetan Buddhists are persecuted, their leader in exile, and the very future of the Dalai Lama is in question.

That’s not to say the Orang-icissist (orange plus narcissist, see how clever I am?!) is not to be concerned about.  I am hardly interest in play-by-playing that crap, but it is disconcerting to me how many world powers right now are persecuting groups with no problems at all.  It is troubling how much time the news focuses on Kim Kardashian’s ass or whatever, and POTUS tweets, but not about human beings setting themselves on fire in protest, or jumping out of windows due to work conditions, and so forth.  It just seems like we are all being distracted, and no, I do not wear a tinfoil hat, I just meditate a lot.  I have become SO much smarter by staying away from the news, TV, and … people.

It’s odd, to me, that in America, we seem to have some sort of opposite thing going on, where far left/right groups are somehow vocal minorities running the show to the point that largely social issues are somehow in the government forum.  I look at what is going on in China and Tibet, and I see what happens when government runs the show.  To me, Trump’s very election is the personification of what happens when ignorance “trumps” (oh ho ho, I’m on fire today) logic.  When I hear people saying they are “afraid” of Trump, or need the government to “protect” them, I think of dictatorships, republics, and what happens when people put too much power in the hands of a small group.  I think about how our country was founded, and that 90% of the talking heads I’ve bumped into spout stuff that would make our forefathers want to set themselves on fire.

I think Buddha is right when he says that attachment is suffering, because we as a species seem to have become so attached to dogma, we cause a hell of a lot of suffering.  Buddha says you will not be punished for your anger, but by your anger, and I think that’s where we are in the world lately.  Buddha has always asked us to trust ourselves, believe in ourselves, and look inside for wisdom.  Not to beat a dead horse, but I see a world that relies on everyone else to make decisions for them.

The people most persecuted in our country are people that fall outside of supposed “Christian” dogma.  Christ and Buddha only really asked everyone to love each other, but of course, if you are *gay, *trans, *not chinese, *insert disqualifier here, you apparently get to get your ass kicked by “love”.   Well, I mean, look at what happened to Jesus, too.  We as a species do not seem to dig the concept of love.   Most people I know, blessedly, are logical humans that realize most the world is ridiculous, but the recent spikes in everyone fighting with everyone about everything show that we have not changed since Buddha walked the earth over 2500 years ago.  I love everyone, I really don’t judge, but I do wish more people adopted a more loving mindset.  I’m perpetually grateful to the ones that do.   I don’t blame religion, either, I blame the people.  I listened to Pope Francis rail against Trump, and then heard about Catholic priests giving homilies encouraging their congregation to vote Trump because he’s “pro life” (I can’t even get started there…) The leaders teach love, the people practice hate.  Everyone else practices Apathy.

As love becomes some sort of “hippie bullshit” mentality, I see the leader of one of the most beautiful philosophies I know, who teaches me to heal myself in every way, being persecuted.  As understanding and compassion become weakness, and judgement becomes the norm, I see governments in general growing stronger in our desire for “protection” – from terrorists, weirdo’s who aren’t like us, and so forth.  As society emphasizes celebrities, possessions, and basically markets you into misery (I mean really, don’t you just constantly feel lacking?), I think our attachments to possessions are driving us all to treat each other like shit.  Not surprisingly, mental illness and suicide are climbing at alarming rates. It seems the path of unconditional love grows ever tougher to find.

I can’t end a birthday post doom and gloom though! Buddha has taught me of impermeability, peace, and love.  I know that whatever does happen with the Dalai Lama, his teachings, Thich Nhat Han’s teachings, Buddha’s, Jesus’ and so many other wise leaders will live on.  I believe things are so out of control in the world, more people are feeling pulled to make changes in their lives.  I believe, very firmly, that by simply giving myself and all those I interact with unconditional love, I can make the world a better place, because I have made myself a better person.  Thanks to his teachings, I stare at the sky and watch the birds fly in happiness and wonder, because I finally Expect Nothing, and Appreciate Everything.  There is nothing I appreciate more than connecting with Buddhism.  It has saved my life. 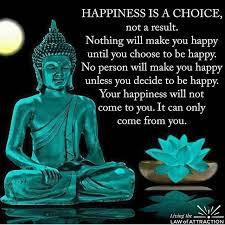 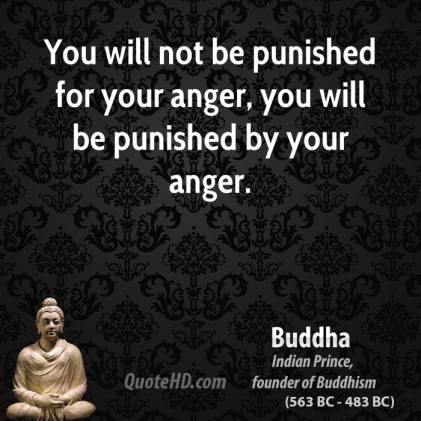