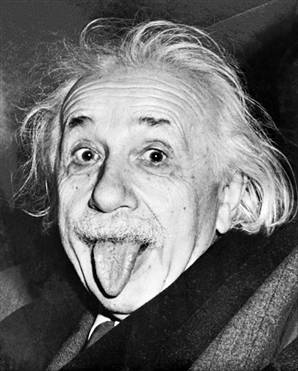 I’ve always kind of had a weird crush on dead scientists and philosophers.  I have said it before, and I will continue to prove myself right: I am single, because I do not get men. Not in the attract men sense, I have breasts – that part is like attracting flies to poop.  That’s a horrible analogy; I’m sorry.

Okay, the point… Yes, so I spend my time pondering Plato, Freud, Jung, and Einstein.  I hop on sites like Tinder, and I realize that I am woefully out of my element in this world. Sometimes, I think I am supposed to be chilling at the Symposium and drinking wine from amethyst chalices…Luckily, I can apply Einstein’s theory of relativity to just assume that my brain goes too quickly, even in the vacuum of Tinder.  I tend to be introverted in the sense that I love to reflect on everything, and I cannot stand small talk or idle conversation.   It baffles me, though, how people don’t seem to know how to communicate anymore.  Regardless of the who or where, it seems like conversations are more interviews.  It feels like people are more interested in being around people who agree with them completely, versus expanding their perspective and being open to discourse.  It’s really awesome, because self affirming vacuums tend to really stimulate progress.

There is a part of me that thinks I’ve mis-applied the Laws of Attraction and somehow willed confusion and frustration into my being, but I’m fairly certain I’ve always been confused and frustrated.  Maybe I am channeling my inner Einstein and screwing up Newton’s day…I guess, it’s good to know you’re insane.

“Insanity is doing the same thing over and over, expecting different results” ~Einstein

Okay, so, people recite this constantly.  They use it as their justification to make a huge change, right?  Jurassic Park kind of proved this is impossible.  Seriously, look at the Chaos theory, Jeff Goldblum said that no matter how you try, you cannot accurately determine if you will actually achieve the same results.  A million tiny, unknown variables can change the outcome, even if all patterns suggest otherwise.   This is actually a real thing, google it, or don’t.  I don’t care.

Einstein spoke of no coincidences.  He has also been quoted as saying “God does not play dice” to say that there is an underlying repetition/pattern/order to the world.  He, like Neil Degrasse-Tyson, embraced a cosmic perspective.  NDGT describes space as a “cosmic ballet”.  Einstein had even said that he sees Buddhism as a philosophy that would embrace the cosmic perspective.  He sought a religion that overrode dogmas and personal Gods.

If I would be so bold as to jump in the ranks of my dead/alive scientist crushes, I’ll insert my dead philosopher crush, Buddha (he’s not a god!).  Buddha speaks of impermeability, that change is constant. If I understood Einstein correctly, he was actually trying to say that we all do the same things repetitively, that there is a logical order to the world and random is not actually random.  This man overrode our very notion of gravity – the calculations for space travel and time are based on his theory of relativity.  Then, I think how Buddha says Expect nothing, and he says Change is constant. I love the simplicity of that – if I expect nothing, no matter what I have done, it is to be appreciated, and in adopting that, everything changes.  It’s the very crux of meditation, because you become aware.  In awareness, you change.  If I’m aware of a stain on my shirt, I can change it, versus the massive hole in the ass of my yoga pants that I unwittingly showed all of my town yesterday…

Was Einstein trying to actually say “To do nothing is insanity?” Isn’t that the only true way to guarantee nothing changes?  Or, even that to expect anything is insane, because if it is expected, it is guaranteed to be nothing new.  It would theoretically, be impossible to innovate, change, or break the mold by doing things the way it has always been done, right?

I’ve been contemplating this because so many people have been asking me how to meditate.  I’m unsure how I became the unlikely meditation spokesperson, but fuck it, here goes:

What is the purpose of meditation? There is no purpose

What do you get from meditation? Nothing

Why do you meditate, then? Because meditation has completely and utterly changed my life and perspective.

There is a fine line between insanity/genius/enlightenment – there are enough quotes to support me on this.  Look at how people reacted to Einstein and even Edison!  They were called retarded!  To be a genius is to see the world differently than others.  I’ve always defined it as the ability to ask and answer your own question.  The madness that lies in genius is that you wish, more than anything, to allow the world to see through your lens, yet when you speak, it is another language entirely.  It’s very, very, very lonesome, I’d suspect.  Can you imagine trying to discuss the Theory of Relativity with Einstein?  Can you imagine sleeping next to him as he tossed and turned trying desperately to answer the question of his life’s purpose?

Most of us toss and turn about bills, while he attempted to explain the very force that moves planets and us and an apple.  It’s very humbling, if you think about it.  Or maybe you don’t, I don’t know. I am not you.  Buddha, though, left his wife and child to go attempt to explain enlightenment.  To attempt to help people to untie the bonds of their very mind so that they, like Einstein, can find their higher purpose and serve it.  Until they showed results, I’m sure most people identified both Buddha and Einstein as insane or retarded.  Yet, what I see is the very slight shift that meditation gives me:

Both stepped outside of their box.  Both made a change, were aware of that change, and persisted in changing.  Both realized that they were called for more than sucking air in their head and exhaling carbon dioxide.  To me, this is the result of going inward.  How can you know a question exists, if you are unaware?  How can you question anything, if you don’t have a sense of self?  How can you have a sense of self, if you define yourself in externals?  All of this is what meditation’s nothingness brings, because you are alone, with yourself, and your breath.  You watch your mind unfurl, as the universe continues in a ballet.

I could not tell you if Einstein meditated, nor would it matter.  However someone gets to the point where they take a step outside of their box is what works.  Einstein could not possibly have expected the answer to his question, that is why it persisted in his mind.  That first step, to be uncomfortable in your own skin, and feel a nagging persistence to ask questions, is the very fruit of meditation, or prayer, or whatever you want to do.  I mean, hell, look at Westworld…”I asked a question, and I got an answer that I should not have gotten”.  In some ways, aren’t the loops representative of our collective drudgery?  (I’m on a Crichton kick today, apparently!)

I just have to think, on this the day of Einstein’s birthday (that I’m belatedly posting the next day, sorry!), how many questions have not been asked and subsequently not answered, because too many people prefer to stay inside a vacuum of self affirmation, doing nothing versus expecting nothing, and questioning nothing/no one… (or waste their time on Tinder, being interviewed to ensure I won’t commit the egregious affront of having a DIFFERING OPINION AAAAAAAAAAAAAAAAAAHHHHHHHHH RUN!)  It would seem as though Einstein’s definition of insanity is standard operating procedure, and Buddha’s definition of Expecting Nothing is what most define as insanity.

This, this my friends, is why I am single.  If nothing else, maybe I just feel a tiny bit better about being called crazy.  I’m in good company, I think.